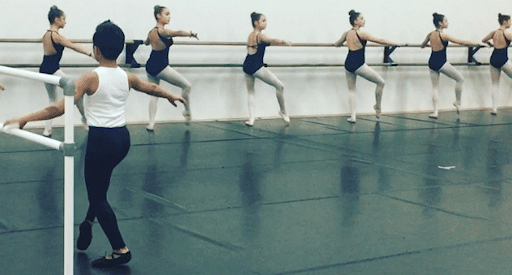 Ballet dancing is a beautiful art form that takes hard work and skill to master. The graceful, fluid movements are mesmerizing to watch and can be quite challenging to perform. There are a variety of dance steps that are typically used in ballet, including pliés, jetés, and arabesques. These steps can be combined together to create beautiful ballet routines.

With a bit of discipline and inspiration, your child can easily learn and perfect the following ballet steps to create beautiful ballet dance routines!

Assemble is a common dance step that is used in ballet. To do this move, you will need to jump and then land on one foot while the other leg is raised up in the air.

Arabesque is a ballet move that is performed by raising one leg to the side while keeping the other leg extended in front of you. This move is often used as a transition between other dance steps.

The Chassé is a ballet jump that starts and ends in fourth position, with the feet tapping together in midair.

This is a position where the dancer faces one of the two front corners of the room. The leg closer to the audience is pointed or raised to the second position in the air. The arm opposite the extended leg is raised, with the head turned up toward it and looking into the palm of the hand, while the other arm is in a demi-second position.

To do the Jeté, the dancer will need to start by standing with their feet together. Next, they jump into the air and extend their legs out to the side. When they land, they should land on just one foot with both legs open out to the side. They can then jump again and return to starting position.

There are many different ways to learn how to do a Pas de Bourrée. This dance looks like small, staggered steps where the legs briefly come together before opening again. Pas de bourré is traditionally performed after a tombé, in order to prepare the dancer for pirouettes or large jumps.

A Penché could involve the dancer leaning their entire bodyweight onto one leg while the other is extended out in front of them or bending their body at the waist so that their chest is facing the floor. Either way, this move will add an extra level of challenge and difficulty to a ballet routine.

Temps lié means “connected movement”. It is a combination of steps and arm placement based on the fourth, fifth, and second position.

Most Difficult Dance Moves In Ballet

If your child is looking for a way to have fun, stay fit and learn some graceful dance moves, ballet dance classes at Performing Dance Arts may be the perfect choice for them. Ballet is a form of dance that has been around for centuries known for its fluid movements and beautiful routines. If you’re located in Woodbridge and are interested in learning more about our ballet lessons, contact us today!