Ryan Foley has had the opportunity to study and perform with many talented artists over the years. Highlights include tap legends Gregory Hines, Savion Glover, Heather Cornell and Diane Walker. Blues singers Harrison Kennedy and Michael Pickett. He also performed with the likes of The Bare Naked Ladies, Hip Hop artists KOS, Mystro Fresh West and Snow. Ryan currently teaches and performs in Toronto with the Toronto Rhythm Initiative, City Dance Corps and the Tap Dance Center. He has worked with TRI in many live shows since their conception in 2011, featuring music from a wide range of artists such as Stevie Wonder, Oscar Peterson, Ray Charles and many more. In summer of 2013 Ryan was a featured artist at the TD Toronto Jazz Festival and performed in Tap Internationals as part of the NYC Tap City Festival. Ryan’s most recent venture’s have been guest teacher and performer at ECTC (Eastern Canadian Tap Conference ) as well as a gust teacher and performer in Tapper Fest. Ryan also participated as an original cast member in Love.Be.Best.Free, a full-length tap show in Vancouver choreographed by Danny Nielsen. In August of 2014 Ryan returned to Vancouver as a gust teacher and performer at the Vancouver International Tap Festival..In December 2014 Ryan was one of five featured tap dancers to perform in the very first “Big Band Tap Review” a full length show featuring tap dancers performing along side an 18 piece big band “The Toronto Jazz Orchestra” conducted by the director of the TD Toronto Jazz Festival Josh Grossman. In August 2015 Ryan was one of the performers of the first installment of “Rhythm and Sound” produced by Cori Giannotta and Johnathan Morin. Ryan is very excited to be apart of the second installment of “The Big Band Tap Review” and dance along side such talented tap dancers and musicians. Ryan continues to practice, teach, perform and share his passion for tap dance, always a student. 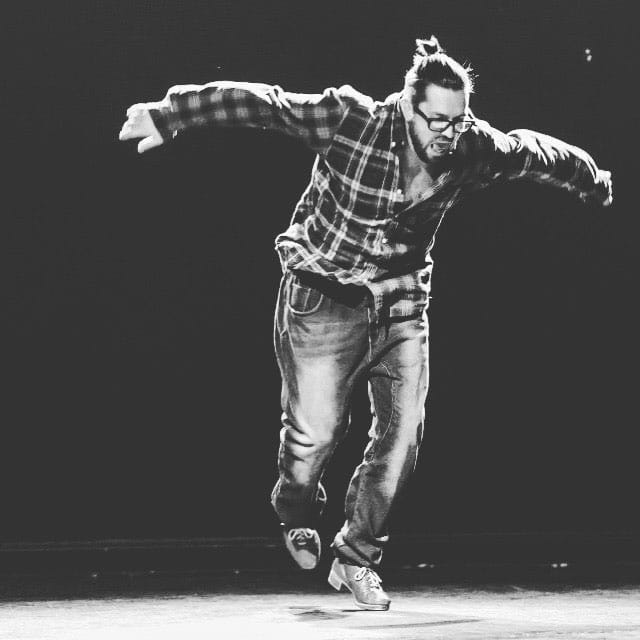