Jordan aka Jman showed signs of  talent at a very young age. He captured the interest of directors and photographers early  in life  doing various print jobs and commercials. At the age of seven he landed the role of the mischievous “Shuggie”  on an episode of “Real Kids Real Adventures” he took a break from television and went on to do live Broadway shows including the leading role of  “YoungSimba” in Disneys “The Lion King,”  that’s when he really fell in love with performing live.

When he was only eleven years old Jordan went on to writing music, one of his first songs “No Matter” made his hometown radio stations cd compilation volume 1, he also recently wrote a song for a local rapper that  can be heard in the feature film”How She Move” .. Jordan has also won various awards and scholarships for his dancing across Canada and the U.S. and in 2006 he held the title of chorographer of the year at the IPD showcase and has recently added three more choreographer awards to his credits including (young choreographer 2008), his dancing has landed him roles in movies such as “Honey” starring Jessica Alba and Missy Elliott and “Music Man” starring Mathew Broderick..

Jordan is also a well known lead voice actor his voice can be heard  on the Kids WB, The learning Channel(TLC) and most recently teletoon where he will be going on to his fourth season recording the voice of Jamie James in the hit series show “Carl Squared.”  Sky is the limit for this very talented young man at the age 16   he has already accomplished  so  much.. singer/songwriter/dancer/actor/rapper and choreographer. Look out for Camp Rock June 2008 where he plays the role of Barron . His voice can be heard on three songs on the Camp Rock soundtrack..”Hasta La Vista”, “We Rock,” and “Start the Party” in which he sings solo. 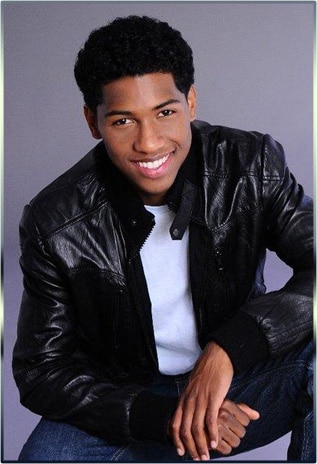