At Performing Dance Arts, we pride ourselves on producing some of Canada’s best dancers at our dance studio in Vaughan. Tessa Alves is no exception. Since graduating from our program, Tessa has gone on to star in West Side Story at the Stratford Festival and Rock of Ages on Broadway! Alves, a native of Brampton, Ontario, has been dancing since she was five years old, starting with ballet lessons.

Alves is a true “triple threat,” singing, dancing and acting. She played Sherrie in Rock of Ages and Anita in West Side Story; Anita is a significant character, and Alves was just 23 when she took on the role! Luckily, she had the support of her fellow cast members. She made the transition from being a cast member of the Toronto production of Rock of Ages to the cast for the Broadway show in NYC, which was a huge step for her, since Broadway is considered to be the Mecca for singers and dancers. The fact that she had played the same role for over 50 performances helped with the transition. Working in NYC also presented Alves with the opportunity to dance in Times Square on New Year’s Eve in 2011. Performing in front of just under 600 people at the Helen Hayes Theatre to sharing the stage with international superstars like Lady Gaga in front of well over one million people at one of the best known New Year’s Eve celebrations on the planet was quite a huge transition!

Alves credits working in NYC with improving her drive to succeed. People come to the “City That Never Sleeps” from around the world with the intention to succeed, so she was able to feed off this competitive spirit to push herself further. While West Side Story and Rock of Ages are the two most significant roles that Alves has had since graduating from our dance studio in Vaughan, she also has an impressive list of roles that includes parts in A Funny Thing Happened…, Cabaret, My One and Only, and Oklahoma!. Alves’s theatre credits also include parts in Cinderella, Sweet Charity, Cats, and Beauty and the Beast. This is an impressive list of achievements for someone who graduated from our humble dance studio in Vaughan! 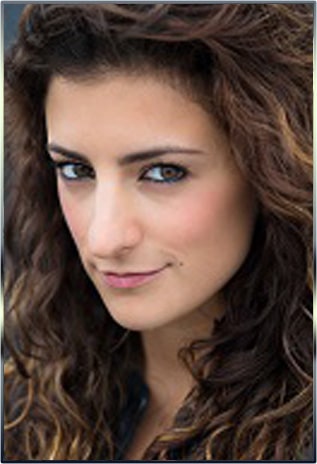