Born to perform and entertain, Amanda took her first dance steps at the age of four. For fifteen years she trained extensively in ballet and pointe, modern, lyrical/contemporary, jazz, hip hop, tap, musical theatre, acro, and lifting and partnering. Amanda began her training at JoAnne Chapman School of Dance in Mississauga, Ontario where she gained a solid foundation in technique. She furthered her training at Vlad’s Dance Company in Markham, Ontario for one year, and then at Performing Dance Arts (PDA) in Woodbridge, Ontario for six years. Amanda attributes her entry into the professional dance industry to PDA, owing much of her success to the studio.

In June 2009, Amanda graduated as a dance major from the arts program at Cawthra Park Secondary School in Mississauga, Ontario. Some of her many accomplishments in the competitive dance world include winning Dancer of the Year and The George Lon Memorial Award 2008/2009 at American Dance Awards. She has had the opportunity to assist renowned choreographers such as Tyce Diorio at a national dance convention, and Mia Michaels for So You Think You Can Dance Canada (SYTYCDC) Season 2.

Most notably, Amanda appeared on SYTYCDC Season 3, finishing in the Top 2 as Canada’s favourite female dancer. Her appearance on the show gained her the privilege of working with choreographers like Mia Michaels, Blake McGrath, Luther Brown, Stacey Tookey, Tony Meredith and Melanie LePatin, Jean Marc Genereux, Sergio Trujillo, Melissa Williams, Bill T. Jones, Longinus Fernandes, Gustavo Vargas, Sabrina Matthews, Sean Cheesman and Sho-Tyme. In addition to strengthening her core dance genres, she learned new types of dance including the tango, cha cha, salsa, quick step, house, afro-jazz, broadway and bollywood. Amanda describes the show as ‘an experience of a lifetime.’ She plans on continuing to push towards a productive career in dance, as well as in acting and singing. The entertainment industry is where she belongs; her love for all forms of art is second to none. Amanda truly lives for an audience, to perform on stage and in front of the camera. 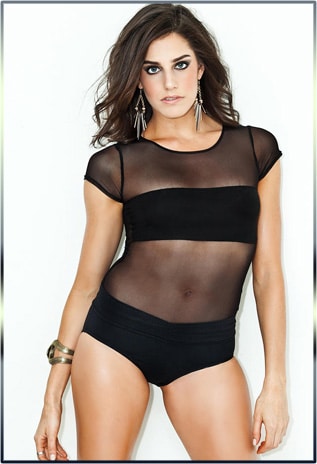