Romina D’Ugo is no stranger to the stage. A Toronto-born actor, Romina is a graduate of Sheridan Institute’s Musical Theatre – Performance program.

Even though she knew the So You Think You Can Dance Canada experience would push her to develop her skills, Romina didn’t anticipate it being such a life-changing endeavour. “It challenged me to push through my fears and transform them into personal achievement and growth.”

Her hard work paid off, as Romina was named part of the So You Think You Can Dance Canada Top 20. “I felt pale and weak, but when I heard those words I thought I was going to leap out of my skin!”

Romina looks to her family and friends for inspiration, crediting her Mom for forcing her to take dance lessons. “Having such a smart and talented family forced me to excel in everything I did, from being a straight-A student to a hard-working entertainer.” But it was her sisters that kept her dancing; being the youngest, Romina looked up to everything they did. At age nine, she started taking jazz classes and picked up tap and ballet a year later, traveling across the country participating in dance competitions. She went on to attend Cardinal Carter Academy for the Arts, majoring in dance, before attending college.

But it was a couple of years ago that Romina fell in love with her favourite style of dance, salsa. After going to a salsa club with her sister, Romina quickly realized this was for her and found herself a partner. “The passion I feel when I dance salsa is like no other.”

If she could perform with any dancer, Romina would kick her heels with one of Broadway’s best, Chita Rivera. Playing her dream role though is foremost on her agenda: “I would love to perform the role of Velma Kelly in Chicago on Broadway, with Chita Rivera sitting in the front row!”

Aside from aspiring to achieve Chita Rivera’s success, Romina also looks to the careers of theatre veteran and actress Bebe Neuwirth and actress Catherine Zeta-Jones. The fact that all three women have performed the role of Velma Kelly in Chicago is just icing on the cake. “I’m a little obsessed!”

Romina plans to bring that “jazz hot” flare to this year’s competition. “Viewers can always count on me for 100% hard work and passion. 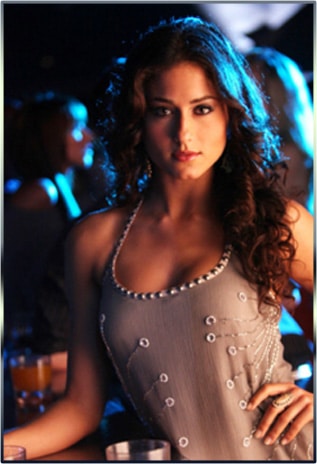