Ethan hails from Brampton, Ontario where he began dancing at the age of four. He trained and competed with Performing Dance Arts in jazz, tap, ballet, lyrical, acrobatics, contemporary, modern, hip-hop, partnering and adagio taking him all across North America. In 2006, he travelled to the south coast of Spain, Gibraltar and Morocco as part of a dance team selected to represent Canadian talent.

After graduating with honours from the Regional Arts Program at Mayfield Secondary School, Ethan then went on to win the international title of Dancer Of The Year 2008 at the American Dance Awards National Finals. He continued his dance education in the Professional Training Program at the School Of Toronto Dance Theatre until he decided to pursue dance professionally as part of Linda Garneau’s Helix Dance Project in the production Rain:Life In Full Bloom. Most recently Ethan was proud to be a part of the Canadian Stage Premiere Of Disney’s High School Musical at the Neptune Theatre under the direction of David Connolly where he played Riley.

Aside from performing, Ethan also teaches and choreographs. He began assisting teachers at his studio at a young age before taking on classes of his own. He has taught students ranging in age from 2 to 18 at the Brampton YMCA, Performing Dance Arts, Ontario School Of Ballet, Just Dance and DLM. His work as a choreographer for competitive routines has even won him the title of Young Choreographer of the Year twice. 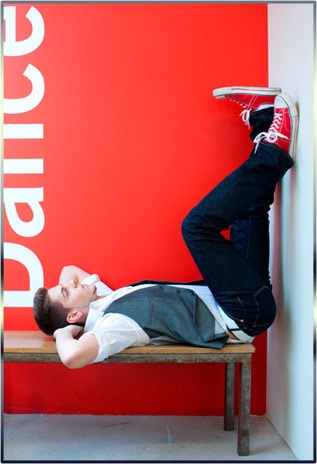